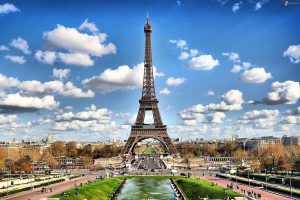 Accessible France for All: France is the European nation that receives the largest number of foreign visitors (86 million tourists in France in 2018).
The main destination is certainly Paris, the wonderful 19th century “Ville Lumiere”, home to some of the richest and most famous museums in the world (The Louvre, the Orsay Museum, …) and monuments that refer to its grandiose past as the capital of one of the most powerful kingdoms in Europe and then the cradle of the first of the revolutions that changed the face of the Old Continent between the end of the 1700s and the beginning of the 1900s.
Paris offers travelers an incredible variety of attractions: ancient palaces and museums, cathedrals and churches, the Eiffell Tour, vast parks, EuroDisney, … certainly a trip to Paris cannot be enough to say you know it.
For how many trips you make there will always be a monument, an exhibition, a corner that you have not yet visited.

The city is built almost entirely flat and is therefore very accessible, most of the attractions are accessible by wheelchair.
Public transport, which for people without reduced mobility, is perfect, is not perfect for those who use a wheelchair: the vast and widespread underground network is not very accessible while they are
the RER trains that cross it are more accessible (consult the website: www.parisbytrain.com), taxis are normal cars that are not accessible.
There are wheelchair accessible vans but must be booked in advance.
The bateaux mouche on the Seine are in many cases accessible but these are tourist cruises which last approx. 1 hour without intermediate stops, not on transport lines, with stops such as the Venetian “vaporetti”.
Many hotel accommodations have problems too: many disabled rooms are equipped with bathtubs with supports and handles instead of the much more accessible roll-in shower.
This problem, which arises from regulations on hotel characteristics, is present throughout France even if, in many cases, hotels have renovated some rooms making them more accessible.

The best way to visit France is by high-speed trains, the famous TGV which were the first fast trains in the world, contemporaries of the Japanese “Shinkansen”.
The High Speed ​​/ TGV railway network connects almost the whole country and connects especially Paris and the North with the South, Provence, the Cote d’Azur, Nice, Monte Carlo, St. Tropez and other beautiful places in Southern France. 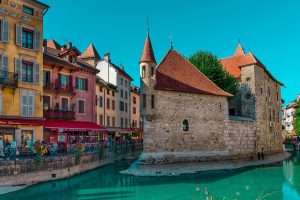 If Paris is the most popular tourist destination, France offers many other attractions:

Brittany, the main peninsula that stretches out into the Atlantic Ocean and is rich in beautiful natural landscapes, ancient villages and castles, popular traditions and delicious cuisine.

The Champagne region and other wine regions such as Burgundy, the Bordeaux area and the Alsace, a region on the border of Germany and disputed for centuries between the 2 nations, which offers beautiful cities such as Strasbourg, Colmar, Mulhouse as well as tasty regional cuisine and wines among the most famous in France

In the South Lyon, the Alps, the Pyrenees, the Massif Central territory of ancient volcanoes, the French Riviera famous all over the world for its beaches and the main city Nice, Provence with the remains of the Roman period in Arles and other cities with a rich past such as Avignon, Marseille, Nimes, Montepellier, Carcassonne, … the great natural spaces of the Camargue, the vast area of ​​marshes at the mouth of the Rhone populated by herds of horses and bulls.

For those who love a more relaxed tourism in the South, multi-day excursions along the canals are possible in accessible house boats.

In France, all types of services are available from the accessible hotel to the rental of accessible vans without a driver or with driver, to organized group trips with chaperones and guides in French.