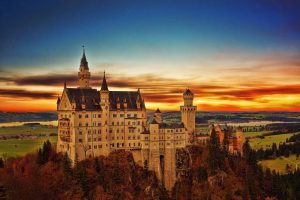 Accessible Germany for All: Germany has been, since the reunification between the 2 Nations which arose at the end of the 2nd World War, one of the largest European countries and the one with the most prosperous economy.

The country offers tourists both big cities such as Berlin (the reborn German capital), Hamburg (formerly animportant Hanseatic city), Frankfurt one of the main European economic centers, home to countless fairs, Munich(capital of the kingdom of Bavaria where every autumn takes place one of the most famous popular festivals in the
world, Oktoberfest where rivers and rivers flow), that areas of scenic interest such as the Rhine Valley (the boats that cross it are accessible only for daytime stretches, they do not have accessible cabins , with very few exceptions which however have limited accessibility), the Black Forest ,the Bavarian Alps, and other cities of historical and architectural interest: Aachen, Augsburg, Heidelberg,Tübingen, Dresden, …

The general accessibility of the country is at the level of the most advanced European nations.Berlin, for example, has one of the most wheelchair-accessible public transport systems in the world. The two mainunderground rail systems, U-Bahn and S-Bahn, are accessible from most stations in the city of Berlin. Trams andcity buses are fully accessible to people in wheelchairs.
Similar situations are also encountered in the other major German cities.

The cities are connected by accessible high-speed trains and a widespread network of free highways; it is therefore possible to visit the country far and wide by train or with a van that is accessible either by itself or rented upon arrival at one of the main German airports. 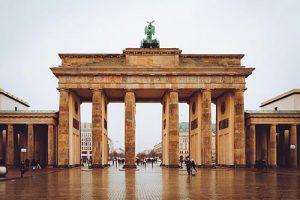 The full range of services is available in Germany: accessible hotels, accessible van transport with driver, accessible van rental without driver, booking and ticketing of train seats with departure and arrival assistance, cruise ship excursions from Baltic ports such as Warnemunde and also small group tours with a guide and departureson set dates.