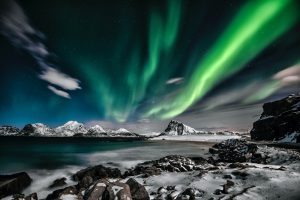 Scandinavia, the far north of Europe, the land of sagas, trolls and legends, …
How many are attracted by its unspoiled natural beauty, by the forests, by the fjords, by the villages of multicolored houses overlooking sometimes hostile seas, …
The territory it covers is immense, most of which can be visited only in the summer months when the hours of daylight are many, even 24, beyond the Arctic Circle.
The huge distances and the cost of living make traveling to Scandinavia quite expensive.

A classic tour of the southernmost part of Scandinavia, which includes the 3 capitals (Oslo, Stockholm and Helsinki) is the tour with the best accessibility and is an 8/10 day tour with stays and visits of the 3 capitals and excursions in the surrounding area.

For trips that deepen the knowledge of the 3 countries more time must be dedicated to each and can be tackled following different paths.

In Norway, for example, we will want to include Bergen (the main Hanseatic city of Norway), Tromso, and the Great North beyond the Arctic Circle reaching the extreme North Cape of Europe.
An excellent solution can be the coastal cruise with the ships of the Hurtigruten, the Postal of the Fjords, which every day leave Bergen for Kirkenes, the last Norwegian port near the Russian border.
The ships have some accessible cabins, they stop in many ports and in some it is possible to go on excursions (which AccessiblEurope will organize privately for you with accessible means) as well as visit the most suggestive places such as the Troll Fjord, the Lofooten islands, Honnisvag and North Cape .
For more details on dates and rates consult us well in advance, even 1 year before. 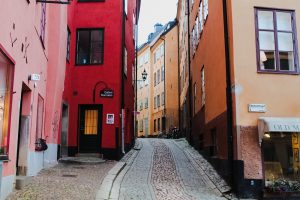 In Sweden you can visit the area of ​​the great lakes such as Maalaren and other Swedish cities such as Malmo (from which the long bridge to Denmark starts), Upsala, Sigtuna, …

In Finland, which can be reached in one night by ferries from Stockholm (which have accessible cabins and are more like cruise ships than ferries), excursions are possible north to the Lakes area and beyond, to the Arctic Circle and to Finnish Lapland in the region headed by Rovaniemi, where in the winter months you can witness the phenomenon of the Northern Lights. 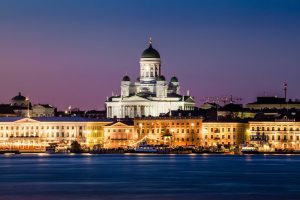 Iceland is a reality apart, with a nature, beautiful and wild, forged by the volcanoes of which it is full.
It offers above all natural beauties and can be visited largely with day trips from the capital Reykiavik or by plane reaching the main city on the north coast: Akureyri
And from Akureyri visit the region with day trips

For any information or clarification please contact us
AccessiblEurope Team