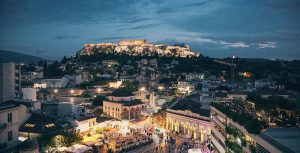 Accessible Greece Malta Cyprus Turkey: The Eastern Mediterranean where Europe, Asia and Africa meet is an interesting region, with a rich past having been the cradle of Western civilizations.

Greece:
Greece is the nation to which the West is indebted for its cultural development.
The country is very mountainous and, in general, not very accessible.
But the cities have been made accessible with public works that allow the visit of the main monuments.
In Athens, the Acropolis has been made accessible via an elevator while other areas such as Plaka are quite problematic due to the uneven pavement and so are many of the archaeological areas.
Accessible services are available as well as in Athens, Crete (where there are resorts specialized in customers with reduced mobility), Mikonos, Rhodes, Katacolon near Olympia, … 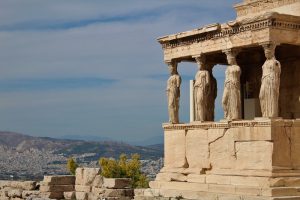 Many wheelchair-bound tourists visit Greece by cruise ship, and excursions accessible by ships are available in major Greek ports.
In some locations, accessible tours by regular cars are available for people using manual, folding wheelchairs who can sit in a car seat if helped.
There are resorts that are accessible and with the possibility of accessing the sea for swimming.

Malta:
The small Mediterranean island is usually visited by tourists who disembark from cruise ships.
Excursions are possible with accessible vans and with guides in the desired language.
There are also accessible accommodation facilities for stays of several days.

Cyprus:
Another small island-nation, or rather bi-national, since the northern part has been autonomous for many years and under the protection of Turkey.
On the island there is a family-run resort with accessible rooms, a swimming pool accessible with a lift, its own accessible vehicles for transfers and excursions.
The owner, who is disabled himself, organizes tourist, recreational and sports activities suitable for disabled people.
It is very popular and needs to be booked very early.